Factual Analysis: The Most Popular Fast Food Chains In Every State 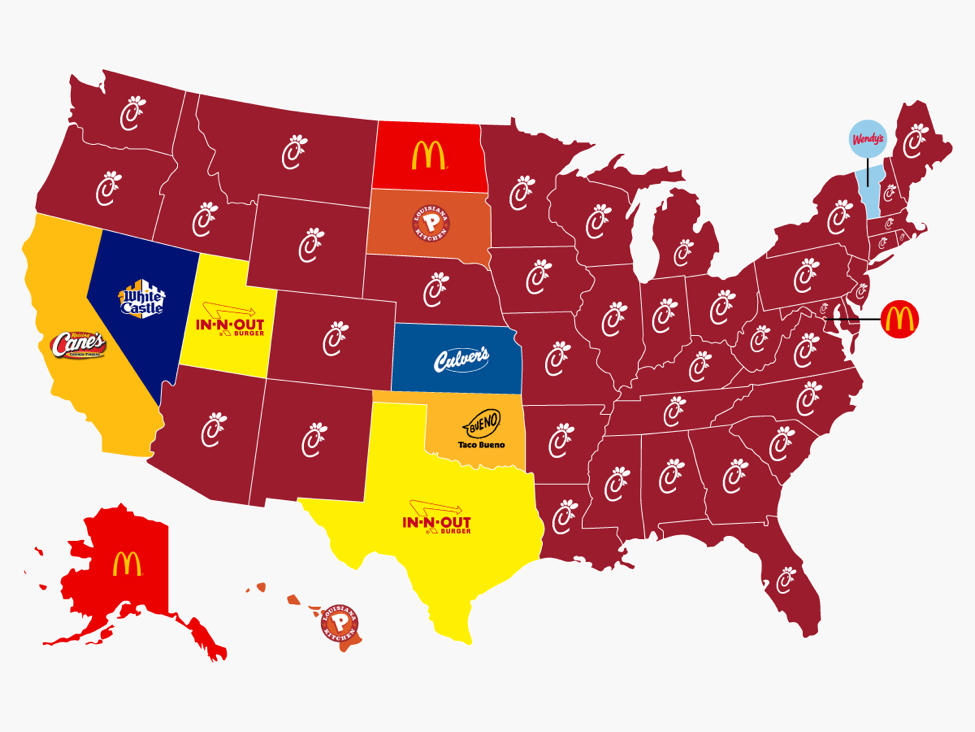 I think I speak for most of Twitter when I say I had these two reactions: 1) That’s a lot of Chick-Fil-A. 2) This map looks… off.

It seems obvious, but the “most popular” restaurant chain is the one that the most people have visited, and this map isn’t representative of chains with the highest total footfall. There are only two Chick-Fil-A’s in Oregon. By comparison, there are more than 150 McDonald’s. From the place counts alone, it’s highly unlikely that more people in Oregon go to Chick-Fil-A than McDonald’s.

So, what fast food chain actually gets the most visits? Using Factual’s Observation Graph data, looking at visits per month, it was easy to discover the result. It will not shock you. 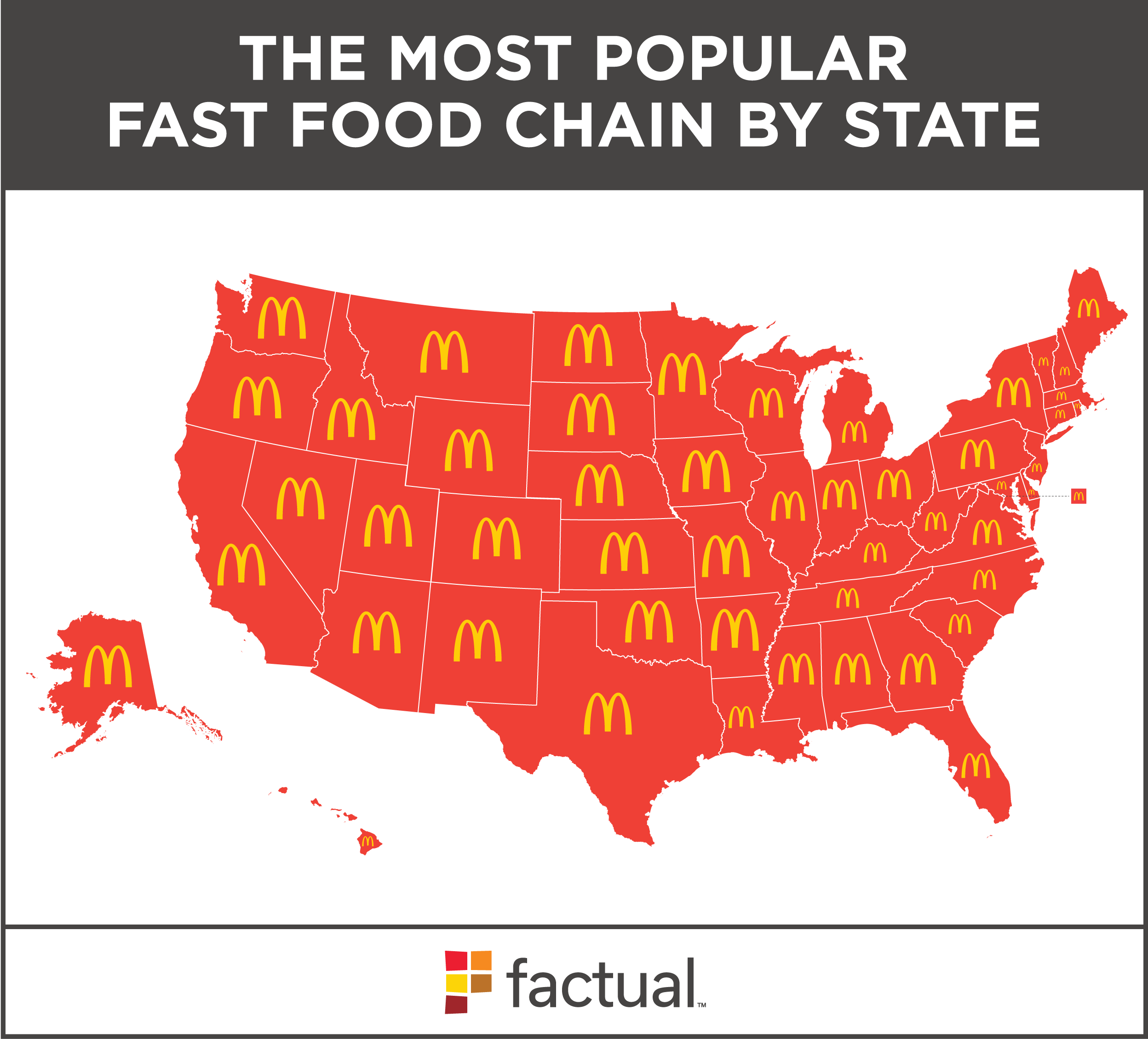 In every one of the 50 states, McDonald’s reigns supreme – an important, if less than surprising finding. Following that thread, we should ask, what’s the second-most popular? Again using Factual’s Observation Graph data, we generated the following map: 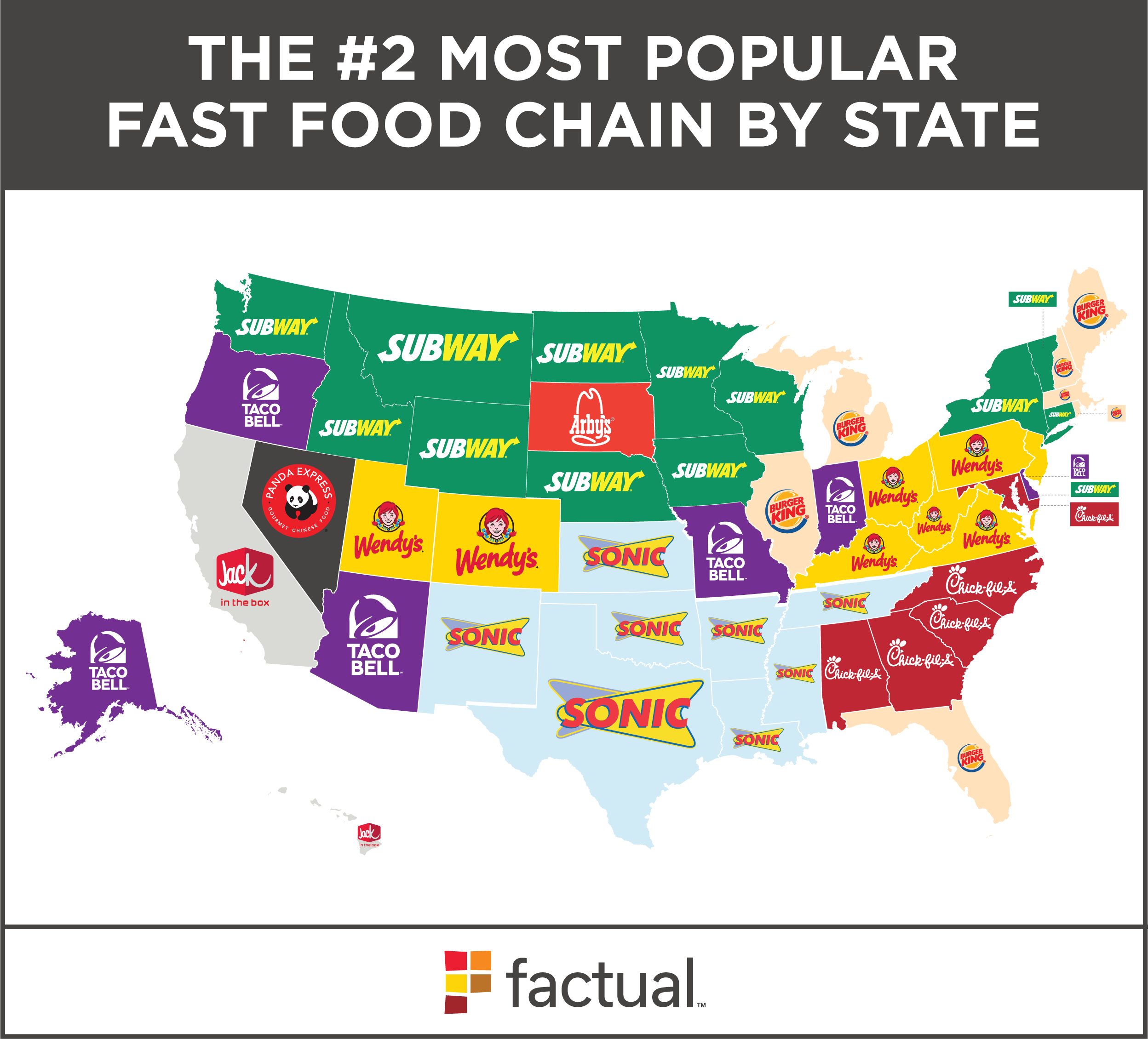 Not only is this map really interesting, we learned a lot making it. Even though all of the restaurants that surfaced as second to McDonald’s are national chains, there are a number of insights to be gained:

The real issue with the original analysis was the way popularity was defined: the chain whose individual restaurants are the most popular. That is, in this case “most popular” means “highest footfall per restaurant.”

A metric like that will clearly favor restaurants that cherry-pick locations, which could explain why Oregon’s two Chick-Fil-A’s are more “popular” than its 150+ McDonald’s on Foursquare’s map, even though it’s clear that more people go to McDonald’s overall.

However, there are still a number of head-scratching results from the original analysis:

In fact, using Factual’s Observation Graph data to identify the most popular chains by footfall per restaurant we found the following: 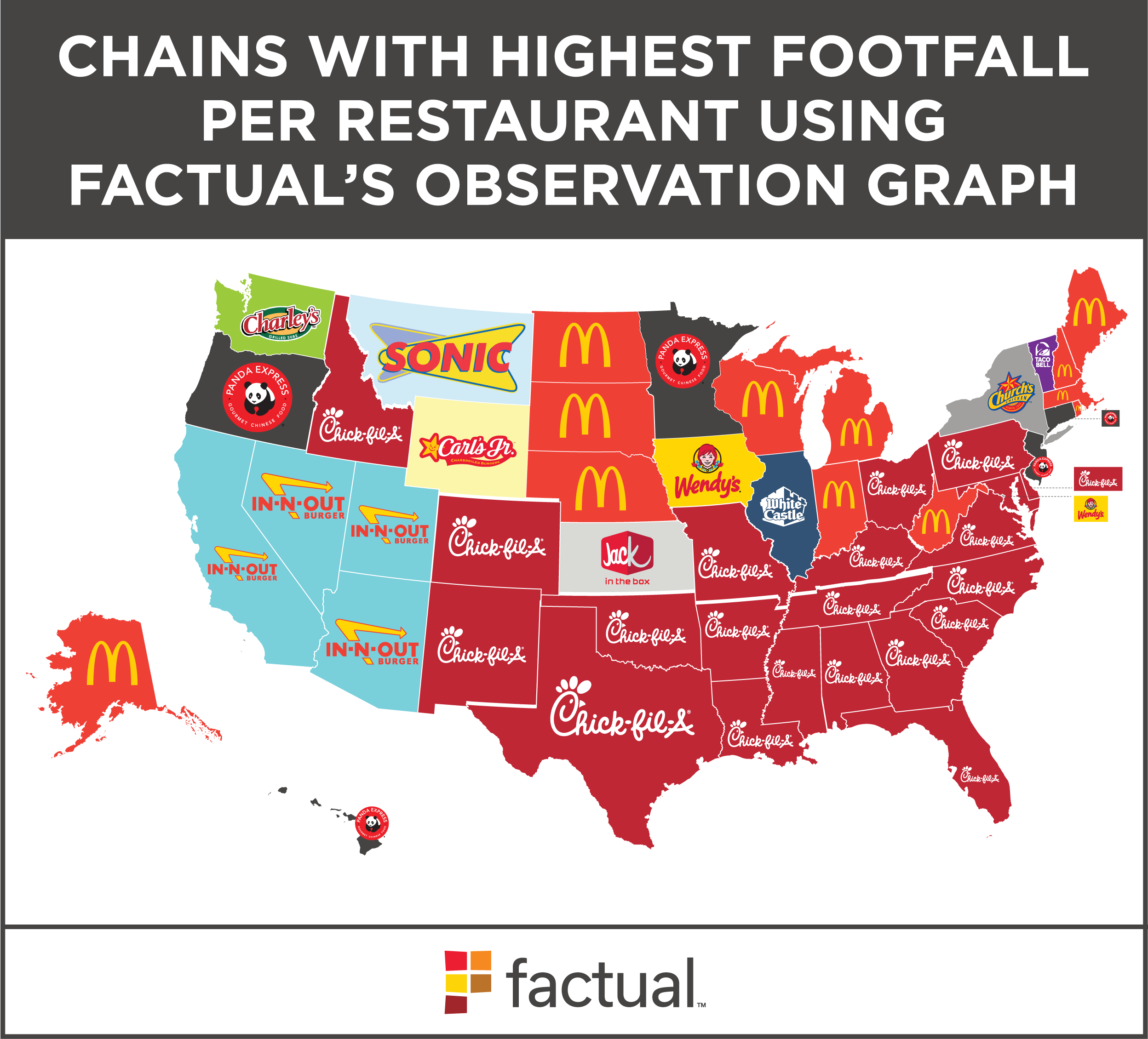 The head-scratchers from Foursquare’s original map are gone. A surprising result on our map shows Church’s Chicken as the most popular chain in New York. This is because their one location in the state is a popular location in Manhattan, which boosts its rank on a footfall-per-store basis. Overall, the most popular chains by footfall per location are large, and exist in continuous blocks. This points to a greater degree of accuracy in Factual’s Global Places dataset, as well as for increased comprehensiveness of its footfall data.

At the intersection of marketing and tech, actionable insights arise by combining accurate data with correct methodology. Footfall analysis is only as good as the data it’s built on. Factual’s Global Places™ data is comprised of over 130 million local business listings and points of interests in 52 countries and is updated in real time. In 2016 alone, we added 35.43MM new businesses or places and removed 13.17MM places no longer in operation.

To learn more about Factual’s Observation Graph, contact our team.