What Do You Drive? Patterns in US Car Dealerships

The first car I ever drove was my mother’s Toyota Highlander. My friends got their first taste of the road much the same, on their parents Hondas and Toyotas, or perhaps Jeeps or Mazdas. Although I didn’t notice it at the time, the majority of these cars were not American made. As it turns out, that was actually a pretty reasonable representation for New York-Northern New Jersey-Long Island MSA, where the ratio of popular American car dealerships is slightly lower than foreign ones (there are ~0.64 American car dealerships for each foreign dealership).

The map below uses Factual’s Global Places data to compare the number of dealerships for American and foreign brands in each MSA1. 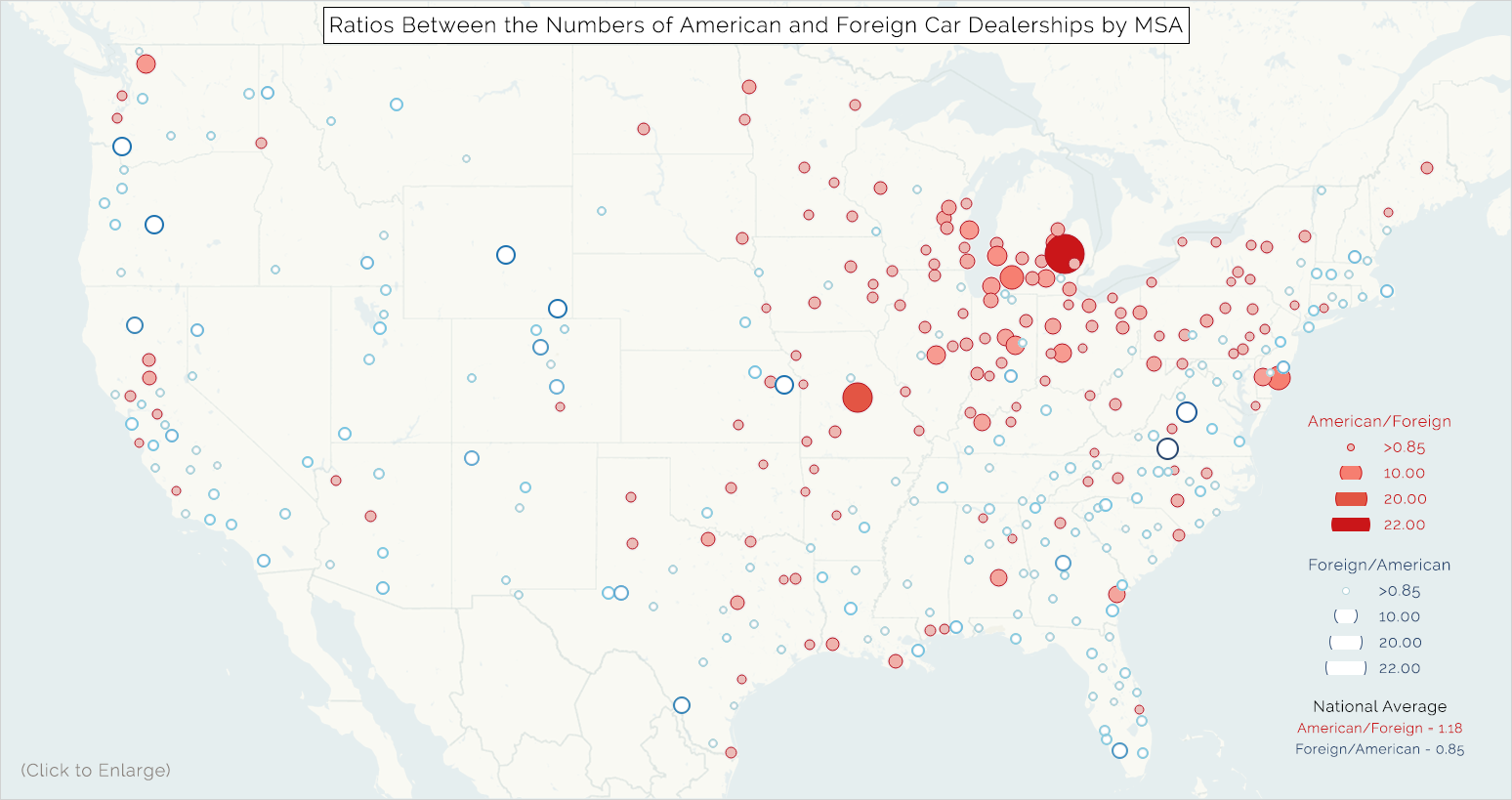 I wasn’t shocked to see the dominance of American car brands in the Midwest, since it’s the home of the US car industry. However, I was surprised to see the relatively high concentration of foreign car dealerships in the South and West.

It turns out that most foreign brand assembly plants are located in the South – this could explain the high volume of foreign dealerships in that region4. 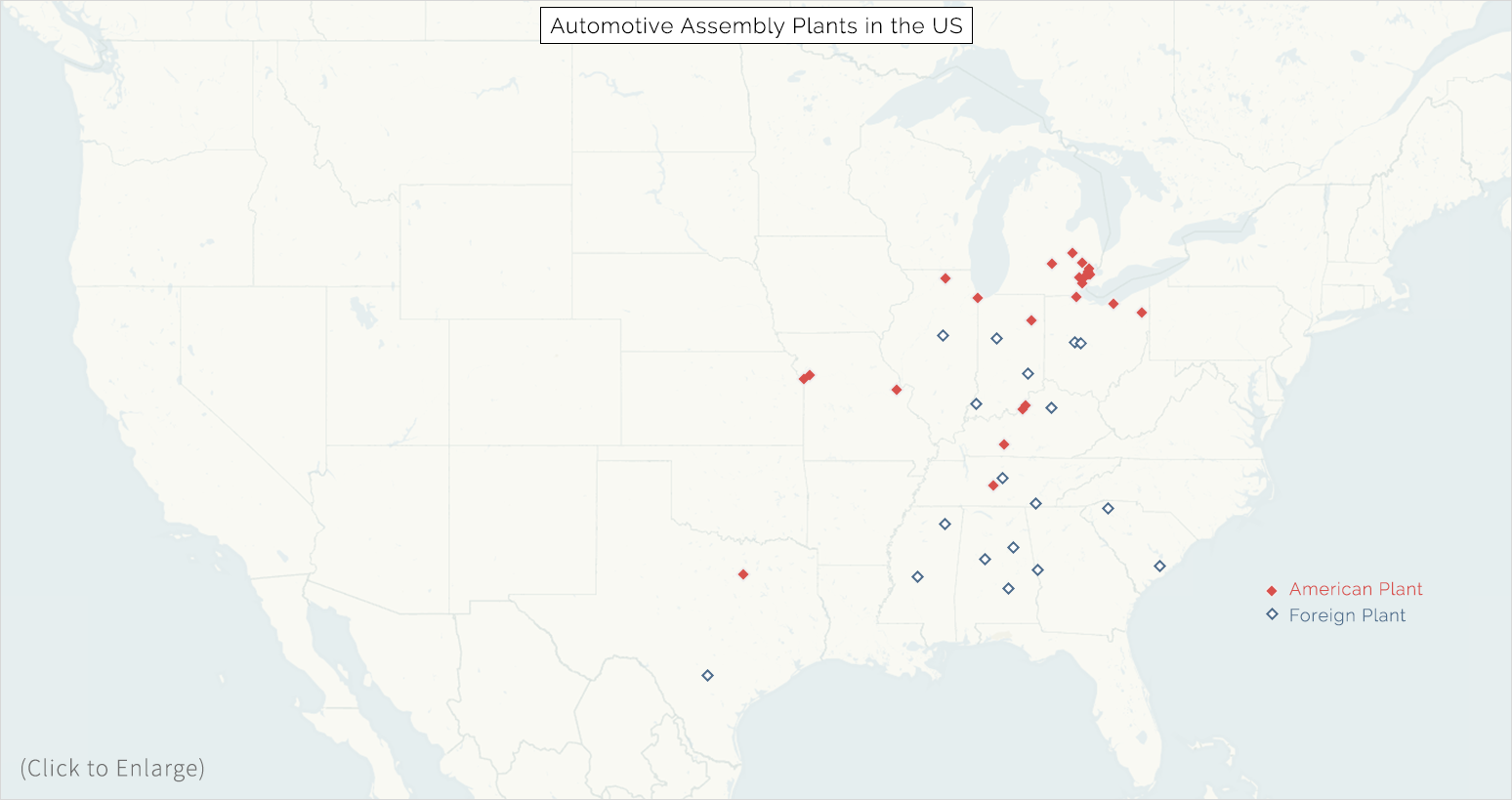 As for the West, one theory is that the high volume of foreign automaker dealerships is tied to fuel efficiency and emissions. Gas prices on the West Coast (in California in particular) tend to be higher than those in the East5, and in many cases emissions restrictions are more stringent. According to Edmunds.com, 8 of the 11 most fuel efficient sedans of 2013 were imports6.

Looking at the data, does anything stand out to you?

2) Some considerations for this analysis: